How do Australian consumers use social media?

Australians are a social-media-savvy bunch and understanding the way they use social platforms can help you increase your brand engagement and awareness. It’s estimated that 71 per cent of all Australians are on social media and they’re among the most likely to do business via social too.

The most popular social media platforms in Australia

Facebook and Instagram are by far the most popular platforms in Australia with TikTok and Snapchat still growing in popularity. In Australia, Facebook has a record 16 million active users, half of which check in on the platform at least once daily. And don’t be fooled into thinking all Facebook users are older. Australians under 30 are using the platform four times as often as those aged 65 and older. The average social consumer in Australia clicks on 21 ads per month. That’s nearly double the global average which means engaging with social ads is the norm for Aussies.

Instagram isn’t too far behind Facebook with 10 million active users in Australia. The demand for visual content such as Stories and videos continues to make the platform popular. TikTok is a new favourite of the younger generation with 1.6 followers at the end of 2019 making video content an important marketing tool when targeting Millennials and Gen Z.

Yellow’s 2020 Social Media Report found that 35 per cent of Aussie consumers use social media to either research products or engage with brands directly. And Australian consumers who research products via social media end up making a purchase 61 per cent of the time. The same survey also found that one-third of Aussies look at an online retailer’s social media channel for a combination of discounts, giveaways, product information and advice before making a purchase.

Visual platforms TikTok and Instagram are the most popular among young Australians, followed by YouTube which further supports the trend of video content. The prime target for ads on these platforms are aimed at Millennials and Gen Z. These trends, however, are shifting since the beginning of the Covid-19 pandemic as more commercial interactions take place online. Australians are also now more concerned about their spending and are looking for brands who embrace empathy and are doing the most at making transactions easier.

While the majority of Australians are using Facebook and Instagram, prioritising your digital marketing budget should also depend on your unique audience and campaign goals. Visual content too can make a big difference in making your brand stand out against the noise on social media.

Is Influencer Marketing worth it?

How to make the Facebook algorithm work for you 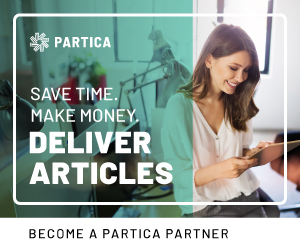